In the Winter, on Wednesday nights we generally stay on the roads. There are lots of road routes from the club, visiting places such as Aldershot, Ash, Ash Vale, Farnborough, Farnham, North Camp, Runfold, and Tongham.

In the Summer, we generally run on trails.  See below.

Aldershot is the home of Blackwater Valley Runners; we are found to be running around this town mainly on Wednesday nights.  On one side of the club are trails leading to Crooksbury Hill. In the opposite direction we can run to Caesar’s Camp or Ash Ranges for hilly cross county runs. For longer runs we can head along the North Downs Way or the Blackwater Valley Path. 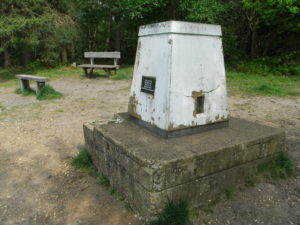 The Blackwater Valley Path is maintained as an open space, by the Blackwater Valley countryside partnership, along the borders of the English counties of Berkshire, Hampshire and Surrey. It runs for approximately 30 km, from the source of the River Blackwater at Rowhill Nature Reserve near Aldershot in the south, northwards to Swallowfield where the river joins the River Whitewater and then the Loddon. The Loddon eventually flows into the River Thames near Reading. Despite being surrounded by urban development the Valley provides an important green corridor for local residents As well as the Blackwater Valley Site of Special Scientific Interest (SSSI) and a small part of the Basingstoke Canal SSSI, three nature reserves within the Valley catchment and many other areas have been recognised for their ecological importance. The local planning authorities covering the Valley have designated 31 other areas as ‘Wildlife Sites’.

The River Blackwater is the centre piece of the whole valley. It rises in Rowhill Nature Reserve, Aldershot and after 20 miles joins with the River Whitewater near Eversley. Over the last 200 years it has suffered form neglect and encroaching urbanisation. However in recent years much has been done to improve water quality and restore the riparian environment and habitats along the river. It is now once again and rightly the centre piece of the Valley, the thread that links all the Valley and its facilities. Wildlife is returning, including the Otter which has been absent for over 40 years, fishing stocks are improving and the construction of the long distance riverside path has opened up much of the riverbank to enable everyone to enjoy its waterside landscape.

The Hog’s Back is the name given to that part of the North Downs in Surrey between Farnham, Surrey in the west and Guildford in the east. Compared with the main part of the Downs to the east of it, it is a narrow elongated ridge, hence its name. The Hog’s Back is raised quite dramatically over the surrounding countryside, reaching a height of 154 metres (505 feet) above sea level, and therefore offers exceptional views, although they are difficult to see from the busy road which runs along the Hog’s Back (the A31). The view to the north includes many towns and villages, including Ash and Aldershot, but on a clear day the north facing views extend to London, as far as Canary Wharf, Tower 42, The Gherkin, Wembley Arch and Heathrow Airport. 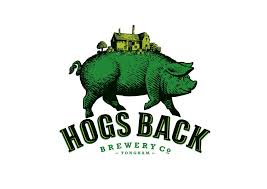 Binton Wood is a favourite running spot of Blackwater Valley Runners. Being only 3 miles from the club house, we can reach this beautiful quiet place in 20 minutes. The woods are known as the “bluebell woods” in the spring, with a mixture of hazelnut trees and huge pine trees which offer shade and shelter on a hot summer run. This is always a enjoyable place to jog or run. this wood also adjoins Puttenham Common and Crooksbury Hill to make longer runs. Britty wood is ideal for running through, in between Crooksbury Hill, Binton Wood and Puttenham Copmmon. Blackwater Valley Runners jog here on Sundays on a 10 mile run from our Aldershot club house. We also try to get out here on summer evenings to enjoy the massive pines planted here and also the hazelnut trees in the autumn. 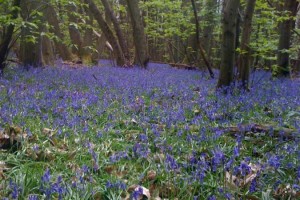